Whether you have a heat pump or a central AC system in your Baltimore home, we are proud of the level of expertise we offer and the energy-efficient modern technologies we provide. We believe our customers should demand nothing less than reliable, consistent, and practical heating and cooling services. Subsequently, Griffith Energy Services is proud to offer these comprehensive, satisfaction-guaranteed HVAC services to Baltimore, MD homeowners:

On 2014, I have installed a heat pump with Griffith. On 2015, the unit no longer produce cool air in the near summer. So I called Griffith and a technician found that there was no more refrigerant. I told them that I just got the unit installed one year, but they still charged me for the refrigerant refill. On 2016, the unit was out of refrigerant again, but I found out it was a dirty Schrader valve at one of the service port was leaking (Isn't it supposed to be checked for leak when the refrigerant gets filled afterward as a standard procedure?). The valve was changed and it lasted until year 2020 then the compressor gave out. This time I did a ton of research before I called Griffith again and they finally replaced the compressor. After about a week, the unit does not produce cool air again. I found out that the unit Low Pressure Switch was activated and the brazing of the compressor was not done properly which caused the leak. I requested service with Griffith again. The technician brazed the compressor again. As I watched, I noticed that the Nitrogen Pressure Test was not done. When I requested a pressure test with Nitrogen, the technician only did a vacuum on the system and without the proper industry standard. Guess what? On 2021, the refrigerant had leaked again and it was leaked at the same place where it was brazed on the compressor connections. You can see the refrigerant oil all over it. (Can you count how many times the refrigerant gets filled and leaked so far?)

Griffith energy services had serviced my home with oil and furnace maintenance for 45 years. I would not want any other oil supplier to come to my home. All employees both in the office and service maintenance workers perform at a level that would be hard to exceed. Competence and professional employees at every turn. Thank you for all the services provided my family over these years.

Writing for my parents, George and Shirley Miller. Their furnace went out, they called Griffith @approximately 5:15, the service man, Mike Richardson arrived promptly and they were back up and running by 6:12. He was prompt, courteous and knowledgeable. Thank you so much.

Great services on the maintenance of my furnace and water heater today by Greg Leikus. Called ahead, introduced himself, interacted with my dog and did a thorough job!

Had a great experience with Danilo, who provided emergency service. He was personable and glad to answer all my questions. He even walked me through all the problems with my unit. Glad he came by!

Daniel Hays (Dan) was congenial, polite, and informative. We watched him methodically check over the system in our basement and out in our yard with great care while describing each step of the way to us. We would be delighted to have him continue doing our routine checks and other service needs. Thank you!

Been with Griffith since 2002, appreciate that I can contact, even walk into, an office with real people who listen to me, and respect me as a long term customer. All good, and the fixed price contracts have helped us out in many years.

Our technician, Gregory Leikus was amazing. He arrived as scheduled and did a very thorough cleaning of our furnace and service of our air conditioning unit. He was very pleasant and respectful. Everyone we deal with at Griffith are kind, honest,wonderful people! We are very thankful for all they do for us! Keep up the great work!

Amazing customer service! They went above and beyond to refill my 89yo grandmother's oil tank in 7degree temps on a Sunday!

We've been a customer of Griffith Oil for many years! My mom also have a service contract with them and whenever we call, they have provided us with great service. For example, my mom called them Tuesday afternoon because I had completely ran out of oil. Before I got home from work, the oil man was there "waiting" for me to supply me with a few emergency gallons of oil to last me through the night. Also, even though it wasn't my scheduled service time, they still delivered us a full tank the next day. Thanks Eddie for your emergency service on Tuesday, April 5th......greatly appreciate you waiting for me to arrive home so you could reset my furnace.

I have been a Griffith customer for over 30 years. They are good, responsive and their service contracts are great. Yesterday Dennis Mitchell was my tech for oil, air and tank annual service. He was methodical, a pleasure to talk with and thorough explaining the whys and wherefores of what he was doing. What more can I ask. This way I know what to possibly expect. Thank you keep up the fine work and service!

We had a furnace/ac problem that prevented it from working. The Griffith team uncovered the problem and fixed it quickly - after others have tried and failed. I am delighted with the Griffith experience I have had for the last five years. 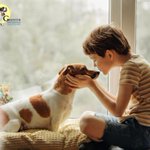 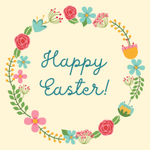 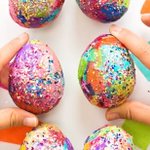 These Easter crafts are a cute DIY idea for you and your little one: https://t.co/4Ogp5xT496 https://t.co/KUhEqSAhsr
Twitter   Full Post ›

If you are out of oil or you have no heat, please call the toll-free number of the division nearest to you for emergency service. Do not include sensitive data such as credit card or social security information in this form. We are not responsible for any loss or damage whatsoever resulting from the inclusion of sensitive information in this form. Our company began as a coal and ice provider in the Washington D.C. area at the turn of the 20th Century. Today, we aim to deliver "Doggone Dependable" service to each of our customers every single day.